In this quick post I wanted to provide an alternative Excel market share chart to that found in the Opswat Report.

The data is shown below. It is a simple data table showing the Market share of each Antivirus and the % change from previous year: 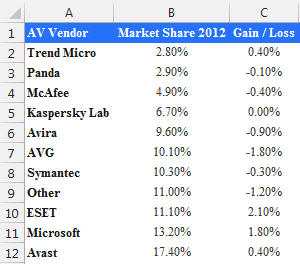 The chart proposed by the website is shown below: 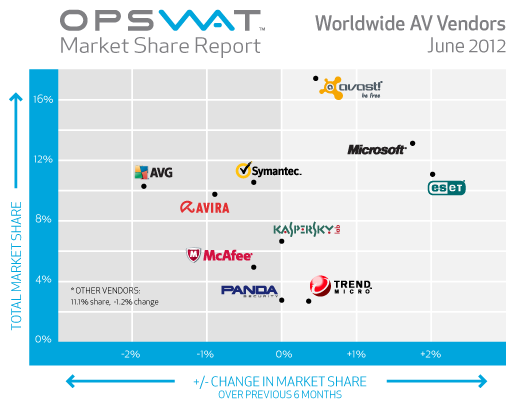 The first alternative is a panel bar chart which shows the Market share in the first panel and the % change in the second panel: 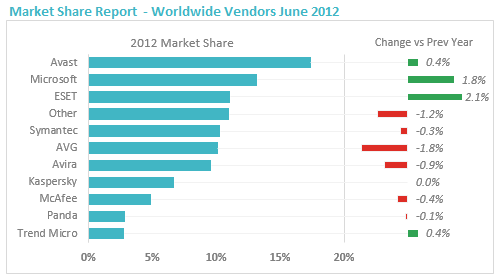 The other alternative follows the concept of the website chart where we have the %change on the horizontal axis and the market share on the vertical axis. I have made two versions, one that includes two areas which separate the negative from the positive changes and one without: 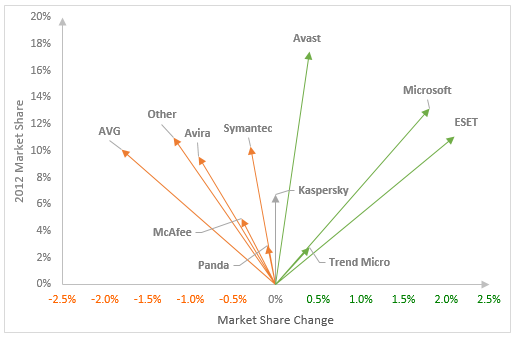 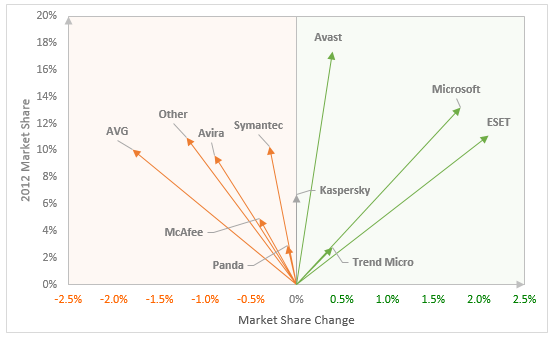 How would you display this data? Another idea could be a dot plot sorted by market share which shows two series, one for 2012 and one for 2011