Building a Logistic Regression in Python

Logistic regression is a technique which can be applied to traditional statistics as well as machine learning. It is used to predict whether something is true or false and can be used to model binary dependent variables, like win/loss, sick/not stick, pass/fail etc.

Logistic regression assumes a linear relationship between the predictor variables and the probability of the event being True. This relationship is expressed by the following formula:

Because the final goal is to predict the probability of an event being True given the predictor variables, we need to find a formula for P. Starting from: 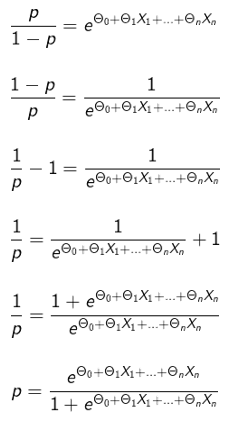 which can also be written as:

is known as logit function and in the case of Logistic Regression gives us the probability, given the predictors, of an event being True.

If, for sake of simplicity, we make for a moment:

If we calculate the first derivative:

we see that it positive for any value of t.

And the second derivative:

we see that it is equal to zero when: 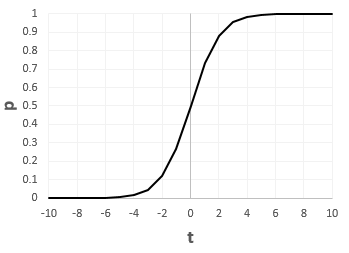 Our problem will be an optimization problem, which means finding the values of thetas

which minimize the Cost function, which for logistic regression, is the following:

where y is the observed outcome (True/False, or better 1,0) and p is the probability of the event being True given our parameters. Remember that:

If we quickly study the function ln(p) we see that: 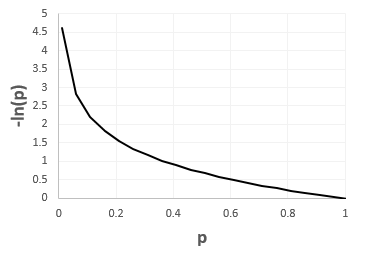 Therefore we can sketch this function:

So our goal is to find the thetas which minimize this cost function. To do this, we will use the Truncated Newton Method within Scipy. But first, we need to calculate the gradient vector, the vector of partial derivatives for each of our thetas. I will show how to do this for Theta1, and luckly the process is the same for all the other thetas, so we’re in luck 🙂

I am showing below the whole procedure: 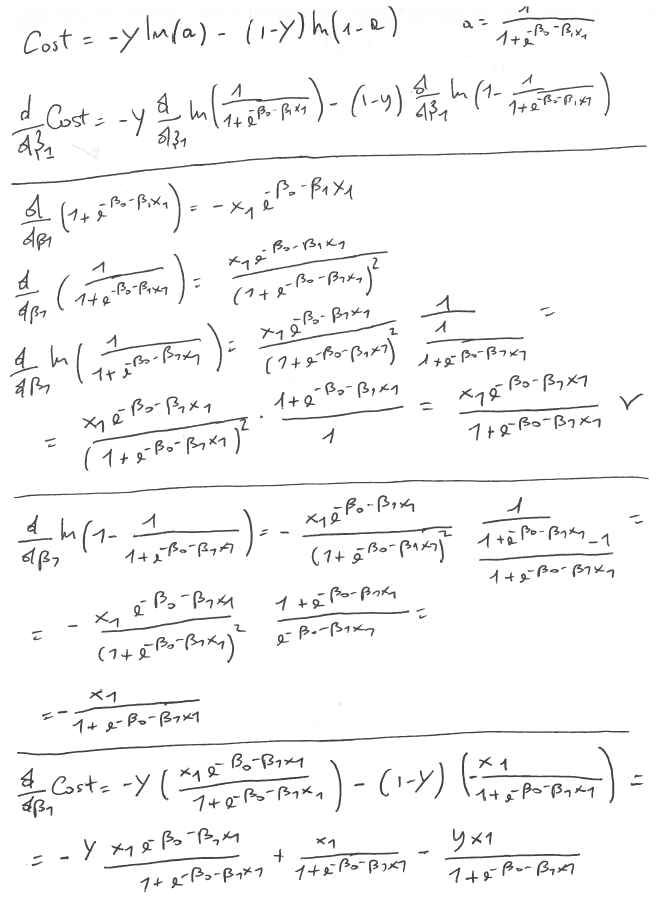 So, our gradient vector is:

and the gradient vector is like the one shown above, but with 1/m added:

remember that m is the number of observations, whereas n is the number of attributes. The gradient vector contains n+1 elements because X_0 is a column of 1’s which is multiplied against theta_0, the intercept. This makes matrix calculation easier.

The matrix of predictors is:

and our observed outcomes:

The first method we will add will be called Sigmoid, which converts the log-odds vector into a probability vector:

This is very easy in Python using Numpy:

we can perform a matrix multiplication between the predictors and the thetas:

then convert calculate the cost function:

the above will return a scalar value which will be divided by the number of the observations. Python code:

The same things now needs to be done with the creation of the gradient vector, which will be a vector of the values of the partial derivatives.

letting the probability for i-th row equal to:

we can rewrite the gradient computation as:

How to calculate R^2 for Logistic Regression

you will notice the numerator is very similar to the cost function, which is also the case for linear regression.

Putting it all together, our class becomes:

Now that we’ve our class, let’s use it to create some predictions, below is a simple project which uses the class we’ve just built to make breast cancer predictions:

Books I recommend to start your machine learning journey: