With the October 2018 release, the team at Power BI introduced two new functions in Power Query Table.FuzzyJoin and Table.FuzzyNestedJoin. These two functions essentially do the same thing, the only difference being that the former function adds a new column to table1 where each ‘cell’ represents a table containing the found matches whereas the latter function performs a join SQL-like by adding the matching rows as new columns.

For this to work, you need to go into your Power BI options and enable it since it is still in preview: 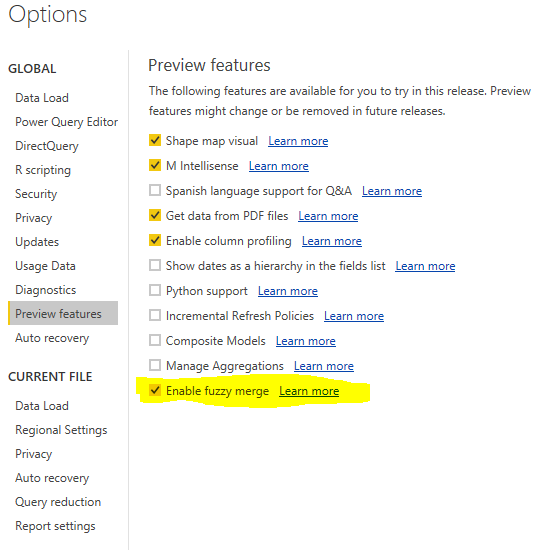 These new functions resemble their cousins Table.NestedJoin and Table.Join except for one addition argument called jointOptions which is passed in the form of a Record. The purpose of these functions is to join table1 with table2 based on key1 and key2 (key1 and key2 can either be a text value representing the column name from each table on which the join is performed or a list of text values if you wish to join the two tables on multiple columns). The joinKind will determine how the join is performed, you have several options:

The function syntax is as follows:

What makes this function shine is the new last argument. This argument, as anticipated before, is a record which can contain the following fields:

For these examples I will be using the three tables below: 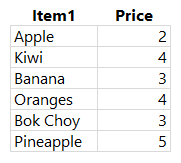 I added each table as a new query named Table1, Table2 and MapTable. For each example I will add a blank query and write the function with different arguments.

As I said earlier, before the matching was case sensitive and Dog would not have matched with DOG. You can see this from the below query:

Now, look at how the result will change with the below query:

Pineapple gets matched with PINEAPPLE. Terrific!

Still, Pineapple and Pine Apple, Bok Choy and BokChoy are not getting matched. No problem, we can adapt our query to:

Let’s say I do not want to return all the matching rows of Apple, I only want the first 2. No problem, this function has you covered:

Now, let us try to play with the threshold and see if Power Query can match more items for us. Let’s start moving it towards zero, currently it is 1. 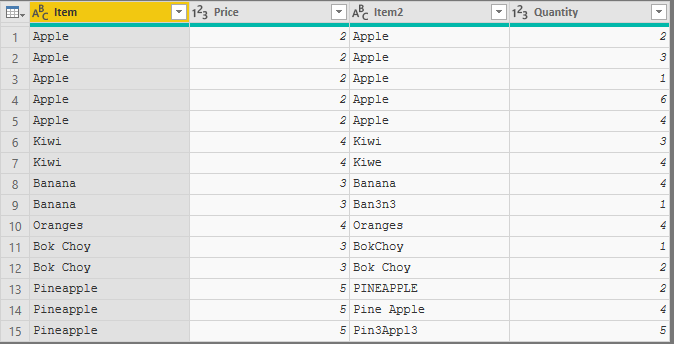 What? Kiwi and Kiwe now match! Banana and Ban3n3 match as well! Incredible what these Microsoft guys can do…

We still have the problem of Kiwi not being matched with K1w1 though and we may want to provide some other custom matching the algorithm cannot solve for obvious reasons. It is time to introduce my favorite argument, TransformationTable. As I pointed out earlier, this table is to contain two columns ‘From’ and ‘ To’ which represent a custom mapping you want to apply during the matching. For this to work properly, I found that you need to lower the threshold and set it less than 1 (exact match). Let’s add this final argument to our query and see how it changes: 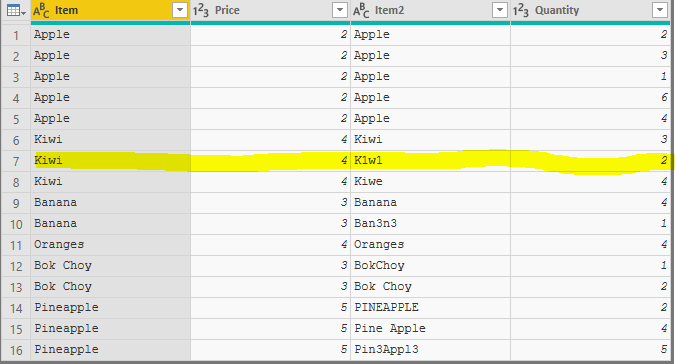 Now, thanks to the table we provided as mapping, everything is matching and we can go ahead with our data shaping. What do you think about this new function? I find it amazing!

Must read books if you want to become a Power Query guru: