Normal Distribution: How to build it and plot it in Excel

The NORM.INV function is the inverse of the NORM.DIST function. Using our example above, if we wanted to answer the question: How many minutes of TV can I watch maximum per day to be in the bottom 10%, the answer would be NORM.INV(0.1,40,10) = 27.18 minutes, which also means that in order to be in the top 90% I must watch more than 27.18 minutes of TV per day.

Plotting the Normal Distribution in Excel 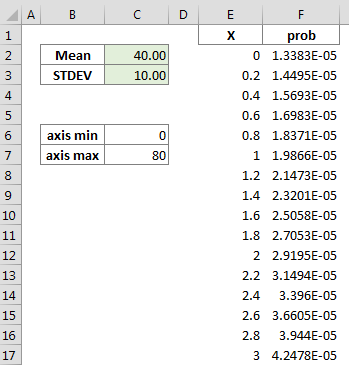 Finally, we are ready to select the data in column E and F and add our XY Scatter chart (I chose line with no markers) 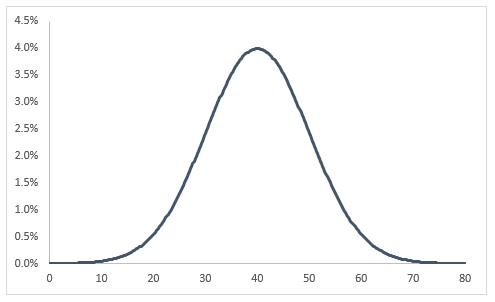 Adding more information to our chart 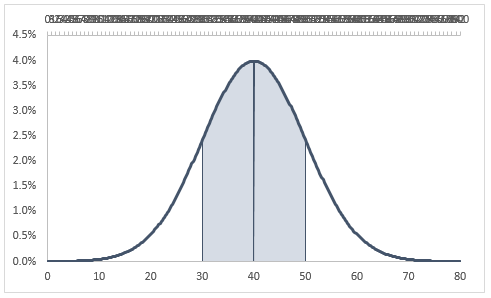 The logic behind adding the second area is similar to the one above, but this time we will need the Y values of the area series to be equal to those of the NORM.DIST between X values of 20 to 30 and then between 50 to 60.

Then it is just a matter of again adding the series and following the same steps as above, but this time you do not need to modify the secondary axis values as they are already set: 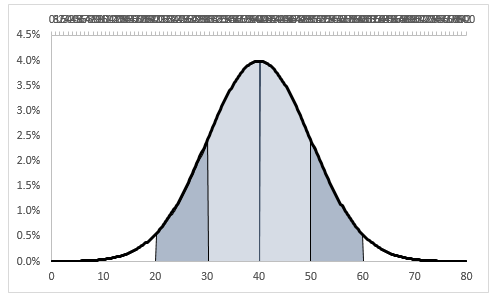 Following the same logic as for the previous area, but keeping in mind now that the area needs to cover the values from 10 to 20 and from 60 to 70, we can build the other series and adding it to the chart as we did above. 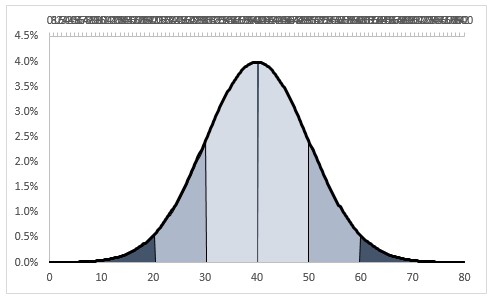 Once we are at this stage, we could add at the bottom of the chart 3 XY series to highlight the width of each range. We will need to set the minimum of the Y axis to -0.03 and then hide the negative values by choosing a custom number format of 0.0%;;0%. 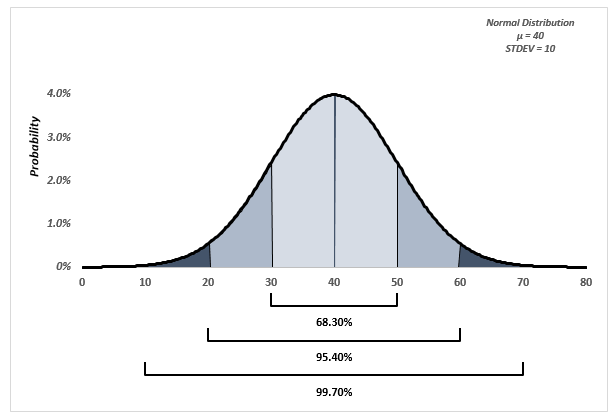