Load the table into Power Query

I have named this table “Data”, in order to import it into Power Query, the M code is:

The next step is to convert the data type of each column into type text:

After this little explanation, we can go ahead and create our CombineTextByLengths function:

And apply the transformation to our RowsList:   Fixed Length CSV with Power Query

Now you are left with a list where each element has been combined based on your combiner function. If you want to go the extra mile to turn this list into a text string joined by a line feed, you can simply do: 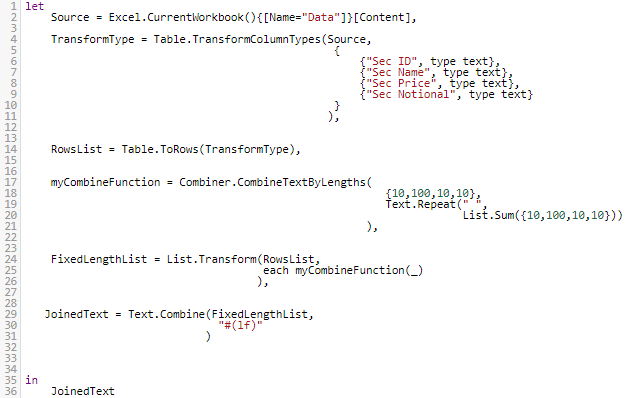 Must read books if you want to become a Power Query guru: